In July of this year, 2016, our Smith Family was accepted into a nationwide study of genetic hearing loss by the University of Iowa, Department of Molecular Otolaryngology & Renal Research Laboratory. As you, no doubt, know many of the descendants of William Franklin Smith (1865-1921) and his wife Sarah Frances Buckhanan (1864-1937) suffer from a serious hearing impairment. The researchers at the U of I, led by Dr. Richard J. H. Smith, will take our DNA samples, process them with their state-of-the-art equipment, and identify the mutated gene or genes that have caused this malady in our family. Identification alone will be a godsend. If the study leads to treatment or cure then it will be a life changing result and one we can all take pride in. 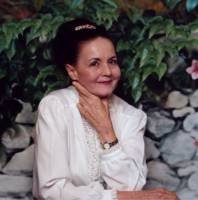 Mary R. Simms, a gr-grandaughter of WF Smith and Sarah Buckhanan Smith, has made it her life’s work to gather data from her family, including audiograms, genealogy charts, and personal stories, and compile this information in book form which she submitted to Dr. Smith’s research team. It will be instrumental in chasing this gene mutation to its source. It is that source that I am writing about in this blog.

Mary named the hearing condition she shares with so many of her family the “Smith Family Curse,” and that is appropriate, but it now seems that it was our Buckhanan family who brought the gene mutation to our genetic makeup. That is an assumption on my part and may be disproved or amended after the DNA study. I thought you might be curious about the Buckhanan family, as I am.

First, let me say that I am no expert on the Buckhanan family, but we have a relative, Debbie Cooper, who is. She is related to us Smiths this way; Sarah Frances Buckhanan had an older sister named Mary Jane, and Mary Jane is Debbie Cooper’s gr-gr-grandmother. Debbie’s sister, Barbara Rogers, has also become quite an authority on the Buckhanan line and together these two sisters and their mother, Jane, have gathered an amazing Buckhanan genealogical record. They gladly share it and I will draw on their research to flesh out this family line of ours. Any errors are mine for I’ve not kept up with the ongoing study of this branch of our family tree. 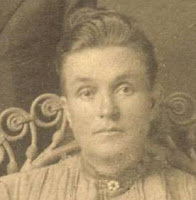 We’ll start with Sarah Frances Buckhanan who is the mother of  Tom Smith, Ernest Smith, Rosa Smith, and Julia Smith…just to be clear how she is related to you. Sarah was born January 1, 1864 in Bentonville, Arkansas to John Littleton Trout Buckhanan and his wife Elender Jane Keeling Buckhanan, the fourth of five children born to this couple. Since this is a genealogy study and not her life story we’ll fast forward to December 24, 1887, Grayson County, Texas when Sarah married her longtime friend and neighbor William Franklin Smith, whose maternal grandmother was also a Buckhanan, Elizabeth Jane Buckhanan McConnell. It is possible, even probable, that the marriage of these two cousins, technically not first cousins but first cousins once removed, increased the likelihood of that mutated gene we are trying to identify affecting most of their descendants.

The Buckhanan family was a large, extended family who lived in and around War Eagle in Benton County and later Madison County, Arkansas. Their name is found spelled various ways in old documents of the time, Buckhannon, Buckhannan, Buchanan, and more. They pronounced it like “buck” the deer, not like “bu” and in beautiful. John Littleton Trout Buckhanan was born April 26, 1834 in Madison County, Arkansas, to John Montgomery Buckhanan and his wife Catherinie Airheart, one of eleven children. John and Catherine were both from Tennessee. One of their children, Reaghta “Rollie” H., born about 1840, was listed as deaf in a census record. We don’t have any other accounts of hearing loss in that family but hope to connect with other Buchannan descendants and compare family histories as this DNA study progresses. John was a tanner and postmaster, a successful man in War Eagle. A relative, Andrew, was a Presbyterian minister.

Now that this study is underway my curiosity about the Buckhanans just went up about 10 notches. I will write again when I’ve learned more about them. I’d really like to know how many generations of this family carried the mutated gene and where it came in. Did a Buckhanan man marry a woman with that gene and if so what was her last name?