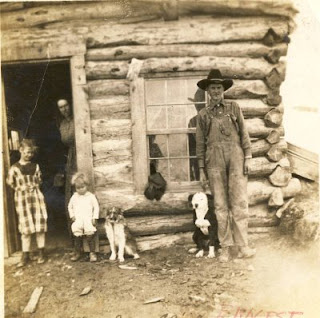 The Thomas Alvin Smith family left the Blue Mountain community in Moffat County, Colorado in October of 1924. Their last couple of years there were tough. I recently searched microfilmed articles from the Craig Empire newspaper for the years 1923 and 1924 to learn more about those last two years. Living in Youghal and at times Cross Mountain, in addition to Thomas Alvin Smith was his mother Fannie Smith, his brother Ernest Smith, his sister Rosa Smith Fairchild, his sister Julia Smith Barton and the Robert Morris family You'll find transcribed clips from Youghal and Cross Mountain at this webpage: http://www.viewoftherockies.com/YoughalCrossMountain.html
Posted by Russell at 8:38 PM No comments: 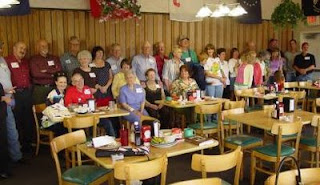 No Place Else by Floyd Wesley Brosman 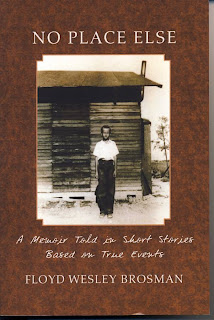 Floyd Wesley Brosman has written a sensitive and moving memoir "told in short stories and based on true events" about growing up in the cotton fields and labor camps of southern California during the 1930s and 1940s, a hard life for any child but for a skinny little boy whose severe hearing loss was at times ignored and other times ridiculed this life was terribly painful. Wes has described these years with humor and irony, the same attitude which helped him survive and eventually thrive. Today he lives in Washington state and devotes much of his time to being an activist and advocate for the handicapped.

Since this is a genealogy website I should explain Wes's relationship to the rest of us. He is the third-born child of Ola Mae Smith Brosman and Virgil Wesley Brosman. Ola was a daughter of Thomas Alvin Smith and a granddaughter of William Franklin Smith. 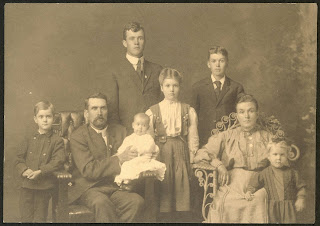 ONE COMMON ANCESTOR AND HIS

OVER 100 PAGES OF RESEARCH 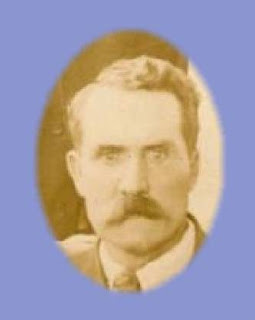 ALL DESCENDANTS OF
WILLIAM FRANKLIN SMITH

Known to be a former Texas Ranger and homesteader---also suspected of being the the MOST COMMON ANCESTOR of over 267 descendants.

BE ON THE LOOKOUT

for persons suspected of having any of the following ancestors:

ALL PERSONS ANSWERING THIS DESCRIPTION ALONG WITH THEIR FAMILIES ARE CORDIALLY INVITED TO ATTEND THE BIG WILLIAM FRANKLIN SMITH CLAN REUNION TO BE HELD SEPTEMBER 13 AND 14, 2008, NEAR OKLAHOMA CITY, OKLAHOMA.

IF YOU KNOW OF ANYONE FITTING THIS DESCRIPTION, PLEASE CONTACT ONE OF THE NUMBERS LISTED BELOW FOR FURTHER INFORMATION.

Seldon Russell has passed away 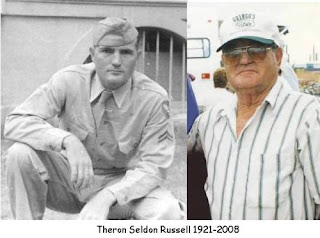 I'm sad to report that Theron Seldon Russell passed away April 19, 2008, in Ozark, Arkansas. He was 86. Seldon was the eleventh child of Elias Russell and Addie Jane Mahaffey Russell and the last one to pass from this earth. His siblings were Bertie, George, Bonnie, Doyle, Nannie, Nellie, Bill, Carter, Sidney, Charles and Harold. Seldon married Mary Hazel Wisdom in April of 1948 in Paris, Arkansas, and their children are Jimmy, Sue, Patricia, Nancy, Teresa, and Judy. Mary Hazel Russell passed away in 1982. Seldon married Mary Emily Wright in February 1984 and she passed away in 2007.
Posted by Russell at 10:53 AM No comments:

The Smith side of this family is having a family reunion in Oklahoma City the weeekend of September 13 and 14, 2008. We are still in the planning stages and no invitiations or announcements have been mailed so please don't feel left out if you've not heard about it. The event is being planned by Mary Simms of South Carolina, Pam Russell of Colorado, and Joanne Wright of Oklahoma. Mary is the only one of the three with Smith blood in her veins. Pam and Joanne are married to descendants of William Franklin Smith and his wife Sarah Frances Buchanan Smith. The photo at the top of this post is of the three reunion planners.

Please mark your calendars and plan to attend. We encourage everybody to come and bring the kids and grandkids. Please email Mary Simms with any questions or comments you may have - her email is mrsimms@peoplepc.com
Posted by Russell at 7:31 PM 1 comment:

My sister-in-law Mary R. Simms is doing extensive research into what she calls "The Smith Family Curse" which is a genetic hearing loss suffered by many members of our extended family. In the last six months Mary has contacted numerous cousins and second cousins, many she has not seen or heard from in decades. Part of the reason for her reaching out to these cousins is to get to know them better and to share family facts, photos, and stories. But she has another reason too. She has asked them to complete a questionaire about that the status of their hearing, whether or not they wear hearing aids, and if they have an audiogram to copy and send to her. Mary plans to compile all this information and submit it to an expert in the field of genetics, particularly the genetics of audiology. We suspect this affliction came into the family from the Buchanan aka Buckhanan aka Buckhannon line. We welcome input from any Buchanans out there interested in this topic.
Posted by Russell at 7:27 PM 1 comment: