Theron Seldon Russell was born October 27, 1921, in Cass, Franklin County, Arkansas, the eleventh child of Elias L. and Addie Jane Russell. I don’t imagine that Seldon, as he was called, got a lot of individual attention from either of his parents with that many children in the house but he had plenty of older brothers and sisters to look after him. He was born at home, birthed with the help of his father’s mother, Mariah Tennessee Turner Russell, who was midwife for all of Addie Jane’s children, and named them too! His older brother Doyle J. Russell, my husband’s father, told me that his baby brother was named after a local school teacher named Theron. I don’t know where the Seldon came from. There would be one more child born to Elias and Addie Jane, another boy they named Harold who came along three years later in July of 1924. 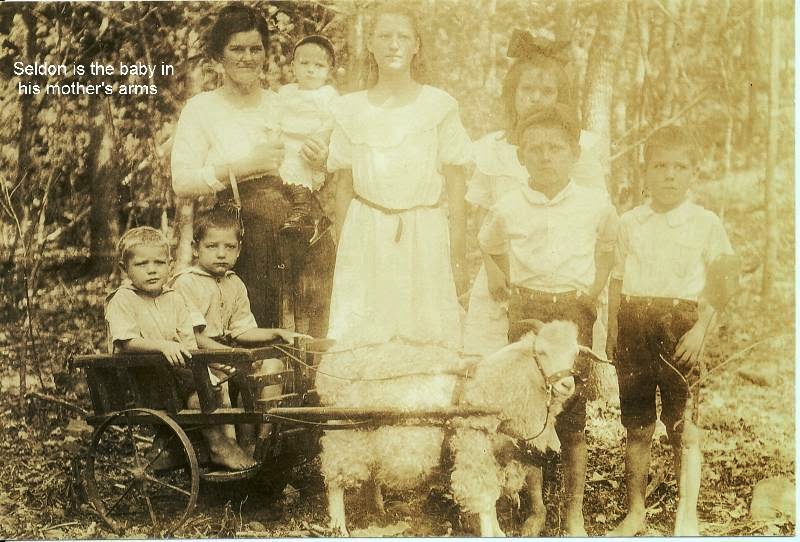 I know very little about Seldon’s childhood but assume it was much like that of that of his seven brothers with hard work, few toys, and lots of wooded areas to explore along the Mulberry River and the tree covered, rocky hills surrounding Cass.

From one of Seldon’s cousins, Herbert Reid, we learned that Seldon loved theater and performed in several plays when he was a school boy in Cass. All his life he liked to make things with his hands using simple tools like the pocket knives his older brothers whittled with. Late in life he was still making wooden chairs and re-caning the seats. On one of his visits out to Colorado to visit Doyle, Seldon brought his nephew Bobby a door knocker made from a horseshoe. It still hangs on our front door and is used often, reminding us always of Uncle Seldon....it is cherished. 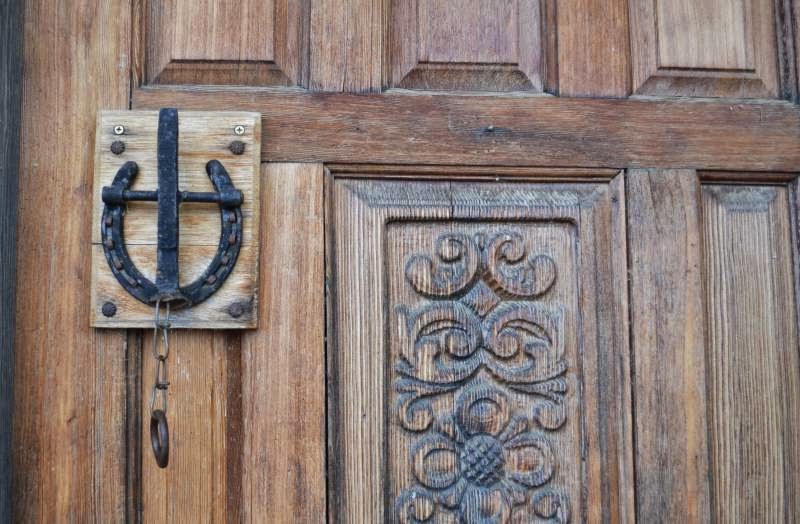 But I’m getting ahead of myself….On October 20, 1942, Seldon enlisted in the Army Air Corps at Little Rock, Arkansas. He was a single, twenty-one year old with two years of high school education and some experience driving a bus or truck. He was 5’7” and weighed 134 pounds, and enlisted for “the duration of the war plus six months at the discretion of the President.” Seldon served his country honorably and came home to Ozark after the war along with six of his brothers who also served in the military in WWII, a proud family tradition of service to our country. 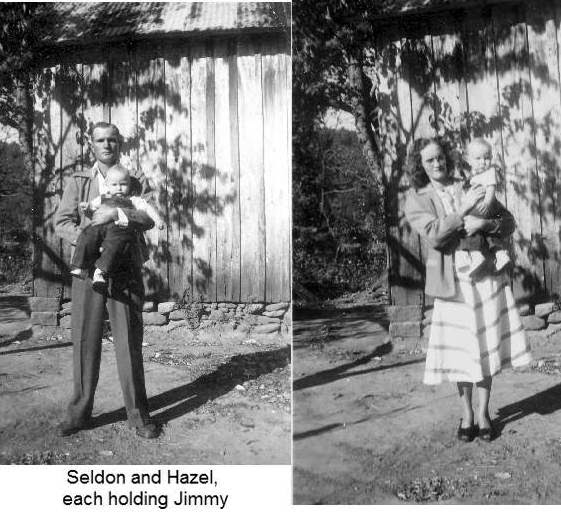 On April 6, 1948, Seldon married Mary Hazel Wisdom in Paris, Arkansas. Ten months later they welcomed their first child, and only boy, into the world, Theron Jimmy Russell. Seldon and Hazel lived in a little white house within shouting distance of his parents and proceeded to raise a family, Seldon working for the Forest Service, a very good job for that time and place. Six lovely daughters were born to them from 1951 to 1965,  Mary Sue, Patricia Joyce, Nancy June, Brenda Kay, Judy Ann, and Teresa Diane. Hazel’s health was not good and she passed away in April of 1982, just a couple of weeks before their youngest daughter was married.

Two years later Seldon remarried, a local woman named Mary Emily Wright Primm, formerly of Claremore, Oklahoma. They had twenty-three years of life together, happy years, from all outward appearances, before Mary passed in 2007 with Seldon following a year later. Several times during those twenty-three years Mary and Seldon drove out to Colorado to visit Doyle and his family, including the celebration of Doyle and Frances' golden wedding anniversary in 1985. 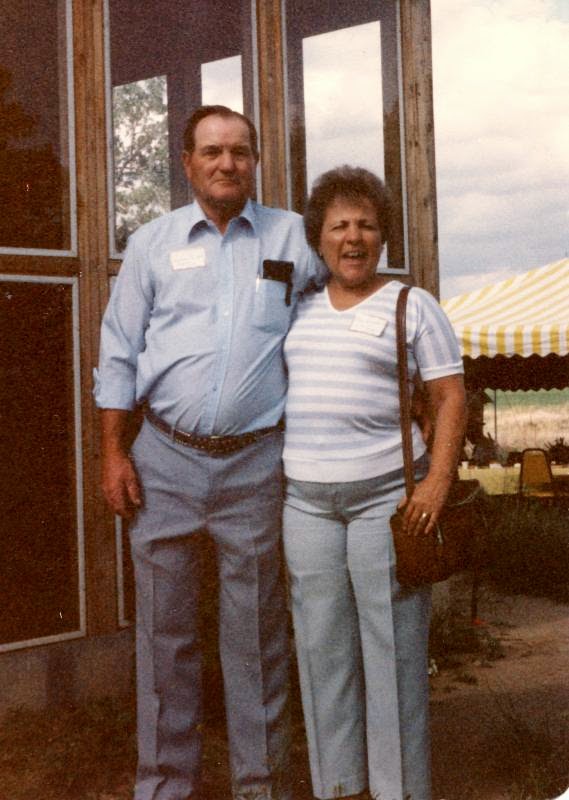 Bob and I remember Seldon as a friendly, kind, thoughtful Uncle and only wish we had known him better, had visited him on his own turf, learned what made him most happy in life. He’s left a legacy in his children and grandchildren and in the handcrafted items he made with his own hands.
Posted by Russell at 4:29 PM No comments: