"From There to Here", Frances Russell wrote her autobiography. 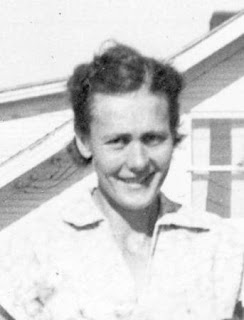 Frances Russell, my mother-in-law, wrote her autobiography in the 1980s, writing it longhand on lined paper in the evenings after supper was over and the dishes done. Relying on her seven-years-older sister Ola May to provide details of the family’s early life, Frances created an entertaining journal which she titled “From There to Here”, beginning with her parents’ wedding in Oklahoma in 1910 and ending with present-day life for Frances in Colorado in the mid 1980s. After she completed the biography she Zeroxed a couple of copies for family to read. Upon finishing his reading her older son, Kenneth, the apple of his mother’s eye, told her that she had left out “the good stuff.” He suggested she rewrite her life’s story and put in some of the more juicy details about her life and that of the family. So, she rewrote her story and I have copies of both versions. What I found is that in doing the rewrite she severely edited portions of the narrative. Yes, she did add some details that were fun to read, some “juicy incidents” but she also deleted details that I wish she hadn’t. Below is one example, her description of that time in 1954 when her two older children graduated from high school in Wellington, Colorado, then moved to Denver to live with their Aunt Bertie, their dad’s oldest sister, so they could find jobs and attend college.

Kenneth and Mary moved in with Bertie the day after they graduated. I was still working at Woolworth’s lunch counter. They packed up at home and came by and told me goodbye. Their both moving out at once left a terrible empty place in our lives.

It was not a happy trio from the beginning. Trying to blend the lives of two independent, headstrong teenagers and an old maid aunt very set in her ways was nearly an impossibility. The kids went along with her weird, unreasonable ways for two months when she threw one of her mad fits at Kenneth. He had dared to disobey her and went to a movie. He picked up Mary from the drug store on his way home. 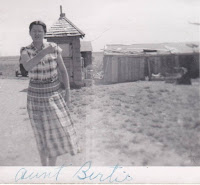 She (Bertie) was furious because Kenneth had disobeyed her. She walked down to the drugstore, a distance of seven or eight blocks. It was raining and by the time she walked back both ways, she was soaking wet. She had insisted that Kenneth and Mary were never to open the door when someone knocked, that is, until they found out who was knocking. So, when she started banging on the door they ignored her, until Kenneth peeked out and saw who it was. When he opened the door she started swinging at him. She smacked him a good one. Somehow Kenneth managed to keep his cool, and instead of hitting her back he packed up and moved out. He slept in his car that night, then went over to my folks in Arvada and moved in with them. He liked this much better. Him and Daddy would sit and play canasta of an evening. 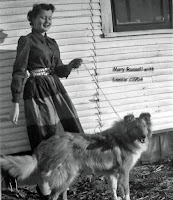 Bertie went all out to do things for Mary after Kenneth left. She helped Mary get a scholarship to Denver University. Mary continued her job at the drug store. She enrolled in DU and rode the bus to school and back.

It was while she lived with Bertie that she had to have her appendix out. Mary still owned a calf here on the farm. It was shortly after Mary was home from the hospital that we butchered the calf and took the meat down for her and Bertie.

The year went fast, and the next May both Mary and Kenneth graduated, both with high honors. Kenneth got a scholarship for four years of college.

That summer was somewhat of a disaster. Since jobs were impossible to find around here, they both went to Denver to live with Doyle’s sister Bertie. She had promised that with her help they could get good jobs. The so-called good jobs were working in a drug store for Mary, and for Kenneth it was delivery boy for a hamburger place in Aurora. She did help Mary get a part scholarship. Kenneth entered CU that fall, and Mary entered DU. We’ll just say it did not work out for Kenneth to stay with Bertie so he moved in with my folks. Before the school year was over Mary also couldn’t take any more and she moved out.

Have you ever written a long email only to hit the wrong button and have it disappear? If so, you know that your rewrite will be much shorter and succinct for who approaches that second writing with the same enthusiasm and patience? That’s what I see here in Frances’s “From There to Here”. Her original writing has more emotion, more gusto. I'm so glad we have both versions.
Posted by Russell at 7:01 PM